AstraZeneca’s COVID-19 vaccine is being temporarily halted in several countries following reports of dangerous blood clots in some recipients.

Denmark was the first country to report a possible death and suspend use of the vaccine last week. And though Danish officials did note they had not determined a concrete link, a host of other countries across the world followed suit, including most major European nations. 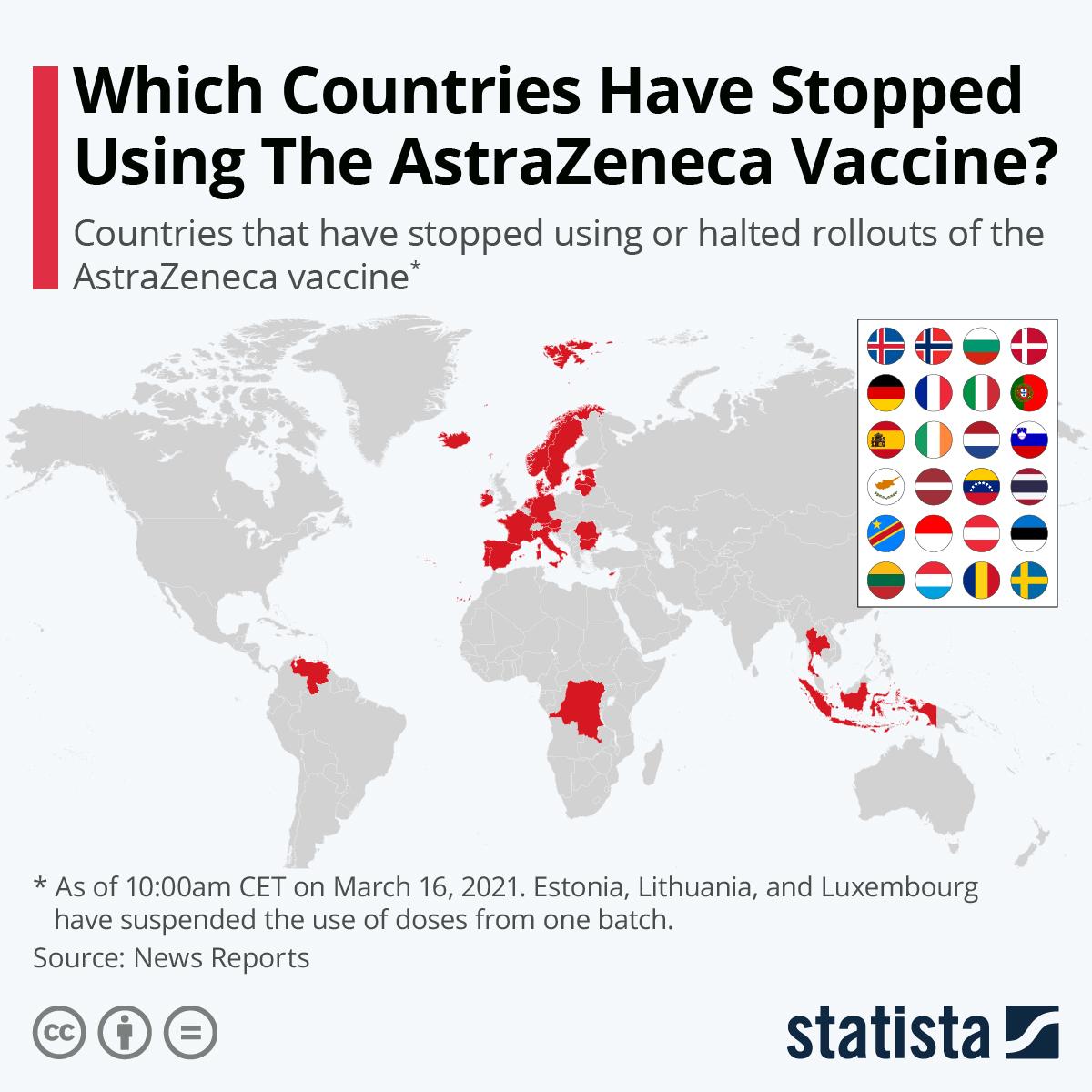 Obviously, the overarching concern here is that fewer vaccines available would slow the rate at which those countries achieve immunity. And in turn, that could allow an increase in new infections to take hold.

In fact, that’s already happened in countries like Germany and Italy, who both imposed lockdown-level restrictions last week to curb a purported “third wave” of infections.

We’re already seeing these actions show up in Google mobility data, as activity in German parks has been on a steady decline for the last few days to -21% below its pre-COVID-19 baseline.

But despite the long distance to this continent, there is one knock-on effect of these restrictions that will likely have a positive effect on your wallet.

And if my hunch is right, there might be two.

If you’ve been following along for the past month or so, you may have read our coverage of the Texas power crisis where we projected oil refinery outages would cause gasoline inventories to fall and prices to rise significantly.

That projection worked out well, as the total amount of gasoline storage fell by 10%.

And prices were up as much as 25% through yesterday’s pre-market action.

Outages are only temporary, however, and most of those refineries have now come back online.

So, this time around, gas prices are more likely to head in the opposite direction as stockpiles build back up.

Moreover, if activity restrictions in Europe continue to worsen as additional third waves of COVID-19 take hold — as looks to be the case in France — there will be a lot of excess gasoline available there, which will push down prices.

In fact, European refiners were the first place the market turned to replenish Texas stockpiles, so imports were already hitting a 5-month high back on March 5.

Now imagine how much more they’ll do when they can buy a cheapening European product, pay a modest shipping charge and sell it at still-high US prices.

On Monday alone, traders reportedly booked 2.9 million European barrels to ship to the US — roughly double the normal amount.

And that’s on top of five product tankers already on route from the E.U. to the U.S., plus 14 more nearing ports now, three more headed to the Gulf of Mexico from South America and three more headed from Asia to California.

Combined, those vessels contain at least 4.75 million barrels of gasoline, which is a relatively large import number to process over the next few weeks.

But if they’re maxed out, that number could be more than 10 times higher… And likely to get even bigger.

At some point in the future when all these ships get to port, this is going to lead to an enormous surprise build in EIA-reported gasoline inventories.

And prices will fall… by A LOT.

When that time comes, we want to be short of the United States Gasoline Fund (NYSEArca: UGA).

We just can’t do it now, as those boats will take a couple weeks to get here, plus another week to show up in the data.

One thing we can do now, however, is think about how lower gasoline prices will affect US consumers.

I don’t know about you, but after being cooped up for a whole year I think they’re going to fill up their tanks when they see that drop in price, head to their local strip mall…

This brings back into play an old position — in which we recently posted over a 27% gain — that just fell back below the level we sold it last time.

But just as I said when I wrote it up back in January, “while it’s true that basically, the company just sells dress shoes, we know demand for office apparel is absolutely going to rise in the next year.”

That hasn’t changed, its year-on-year comparisons are as easy as they get from here on out, and it has relatively high short interest so it could get squeezed.